Share a memory
Obituary & Services
Tribute Wall
Read more about the life story of Carl "Skip" and share your memory.

Carl “Skip” Schoening (July 28, 1932 - November 4, 2022) was a depression-era only child of Carl Frederick William Schoening and Mary Janette Hancock. Nicknamed “Skipper” or “Skip” by his father, a Naval engineer who served on the Presidential yacht, the Mayflower, he embraced his nickname throughout his life although he was also known as “Red” in his teens and twenties for his distinctive hair.

After attending McKinley Tech High School in Washington D.C., he studied initially at Wilson Teachers College before transferring to study Ornamental Horticulture at the University of Maryland College Park. Upon graduation, he found a lifelong career at the Maryland-National Capital Park and Planning Commission in Montgomery County. Starting as their first Horticulturist, he rose to become Associate Director of Parks before his retirement in 1992.  During his career, he planned, designed and oversaw the development of Brookside Gardens in Wheaton, Meadowside Nature Center in Rockville, and Woodlawn Manor House in Sandy Spring.

He met his wife, Janet Bailey, at Sixth Presbyterian Church in Washington, D.C., and they married on May 13th, 1961. Upon retirement, he had a second career for nearly 30 years as a once-a-week volunteer at Montgomery General Hospital before Covid. Skip loved his golf game, trees, men’s group breakfasts at Oakdale Emory, and his extended family.

A heart attack shortly after retirement in 1992 made him health conscious and feel like every year after that was a gift. Always ready with a joke, he was Vice President of the Comedy Club at Leisure World and also led their Landscape Committee. He died peacefully at home in Leisure World, Aspen Hill, Md., after a month-long recovery from pneumonia.

Donations may be made in Carl's name to https://montgomeryparksfoundation.org/carl-skip-schoening/

To send flowers to the family or plant a tree in memory of Carl "Skip" Schoening, please visit our floral store. 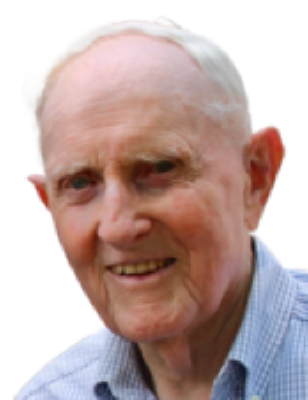