Share a memory
Obituary & Services
Tribute Wall
Read more about the life story of Joanna and share your memory.

Joanna Bacalzo Fajardo passed away peacefully at home while surrounded by her loving family on January 18, 2023. To know her was to love her kind soul. She will forever be the devoted wife and loving mother to those that had the honor of receiving her love. She was diagnosed with stage IV cholangiocarcinoma, a rare form of cancer in the bile duct, in the summer of 2021. She fought with otherworldly bravery and grace for each and every day since. When she was told she had less than 6 months to live, she ended up fighting for 17 months which included 16 infusions of chemotherapy.  When the cancer spread from her bile ducts to her brain, she went through 10 sessions of radiation and lived to see her youngest child get married and to hold her first grandchild.

Joanna is survived by her husband, Rommel, her three children, Christian, Melanie and Melissa and her grandson, Lee Rommel. She entered this world on May 10, 1962 in the Philippine province of La Union. She was the sixth of seven children born to the late Fe and Sergio Bacalzo. She is survived by her four sisters, Carmelinda, Mary Ann, Fatima Fe and Fe Alma. Joanna is reunited in heaven with her parents and her brothers Sergio Jr. and Reynaldo.

She attended Ramon Magsaysay (Cubao) High School where she would meet the love of her life, Rommel Fajardo. Their love story began when they were assigned to sit next to each other during their junior year. One day, Rommel asked to borrow Joanna’s umbrella. When he returned it, he used the opportunity to walk her home in the rain and of course, the rest is history.

After graduating from high school in 1978, she attended St. Luke’s College of Nursing. She was a brilliant student and had one of the highest scores on the board exam in her class. She had to wait a year for her license because she was underaged. She was selected to be among the first batch of nurses to staff the newly opened Kidney Foundation of the Philippines (now the National Kidney and Transplant Institute). Among her notable patients was Carlos P. Romulo, former president of the UN General Assembly.

Joanna married her high school sweetheart in 1984. Shortly after their wedding, Joanna and Rommel immigrated to the United States with $1000 in their pockets. She began her career in the US as a registered nurse at Howard University Hospital and later moved to Medstar Washington Hospital Center. Her 35-year career included experience that ranged from CCU, urology and orthopedics, hemodialysis and kidney transplant, IV therapy, research and finally case management and utilization review. To help save money for the construction of their house, she worked part-time at other hospitals and home health services.

Joanna had a passion for artistry and had always wanted to be an interior designer. She constantly had new projects, whether that be designing and sewing all the window drapes in her house, creating homemade Halloween costumes for her children, tending to her garden and house plants, or baking large batches of banana bread to distribute among family members, just because.

She was devoted to her large and ever-growing family. 100 years together would have never been enough, but the love she poured into her family will last us a lifetime. Her legacy will live on in each of us.

Relatives and friends may visit on Wednesday, January 25, 2023 from 11am to 12pm at the Roy W. Barber Funeral Home, 21525 Laytonsville Rd., Laytonsville, MD 20882, where a funeral service will be held at 12pm. Interment will follow at Gate of Heaven Cemetery in Silver Spring, MD.

In lieu of flowers, the family would like you to consider donating to the Cholangiocarcinoma Foundation (http://www.cholangiocarcinoma.org), a non-profit organization that does amazing work to improve the quality of lives of patients with this rare cancer, like Joanna.

To send flowers to the family or plant a tree in memory of Joanna Bacalzo Fajardo, please visit our floral store. 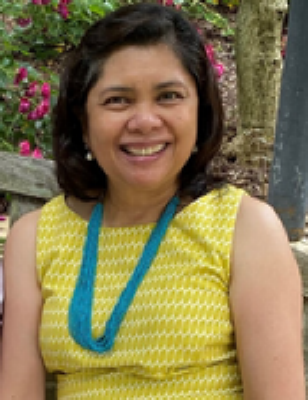