Share a memory
Obituary & Services
Tribute Wall
Read more about the life story of Herbert and share your memory.

Herbert Barnes of Derwood, Maryland entered into the arms of Jesus on December 12, 2022. He was suffering from Lewy Body Dementia.  Born March 31, 1940 in Rose Hill, Virginia to Edgar and Lennie Barnes, he is survived by his wife of 62 years, Joanne Barnes, son Craig Barnes (Tina), daughter Christi Barnes; granddaughters, Melissa Pleasant (Sam), Jessica Parks (Nick) and Andrea Barnes; and great granddaughters Taylor and Londyn Pleasant. He is also survived by sister Wilma Weed, brother Ed Barnes (Brenda) and numerous nieces and nephews.  He was predeceased by brothers Joe Barnes and Donald Ray Barnes.

While he single handedly built a small, successful construction company, he would be most proud of his devotion to Jesus Christ and his commitment to Clarksburg Church (formerly the First Church of God of Rockville).  In the early years of the church, he participated in every imaginable capacity – teaching Sunday School, Vacation Bible School, Youth Pastor, serving on the Church Board and leading numerous services, revivals, worship retreats and church gatherings.  He had a beautiful voice and loved gospel music.  He belonged to the church choir, the church quartet, sang many church solos and later became the church’s music director.  In the early 70’s he even sang gospels live on Sunday mornings on the local WINX radio. As the church outgrew its space in Rockville, he led the efforts to relocate to Clarksburg, Maryland.  He was in charge in selecting the site of the new church and led its construction.  He was also instrumental in the later merging of the church with the Fairfax Church of God congregation.

He lived his life in service to others and his kindness and generosity were legendary.  He never turned down someone in need, and often gave when he had little, to nothing, himself. After the devastating earthquake in Guatemala in 1976, he spent considerable time there with Project Partner in Christ helping to rebuild.  He would return on several occasions taking other members of his congregation.  He remained involved with Project Partner in Christ for many years, and subsequent mission trips would take him to Haiti, St. Kitts and Wounded Knee, SD.  Later he would sponsor others so that they could serve on mission trips overseas and at home.  Once he retired, he became very active with the Laytonsville Lions Club. He twice earned Lion of the Year for his service and in 2015 he earned the Melvin Jones Fellowship award from the Lions Club International Foundation.

He was devoted to his family and friends, and he loved people. Always up for a good time, he loved any type of social gathering and enjoyed being the life of the party. He also enjoyed fishing (especially deep-sea fishing), camping, Nationals baseball, bad jokes, and any DIY project.
Visitation with family on Saturday December 17th from 11am-12pm at Clarksburg Church with Memorial service immediately following. Repast at church after the service. Clarksburg Church, 22820 Frederick Road, Clarksburg, MD 20871.
Memorial contributions can be made in his name to the Clarksburg Yard fund of Clarksburg Church.   http://clarksburgchurch.churchcenter.com/giving/to/the-clarksburg-yard

To send flowers to the family or plant a tree in memory of Herbert Barnes, please visit our floral store. 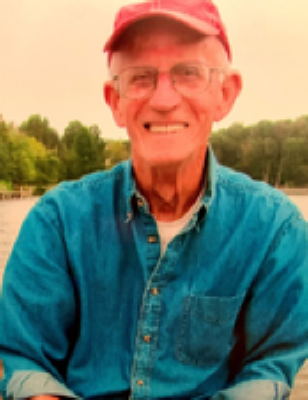